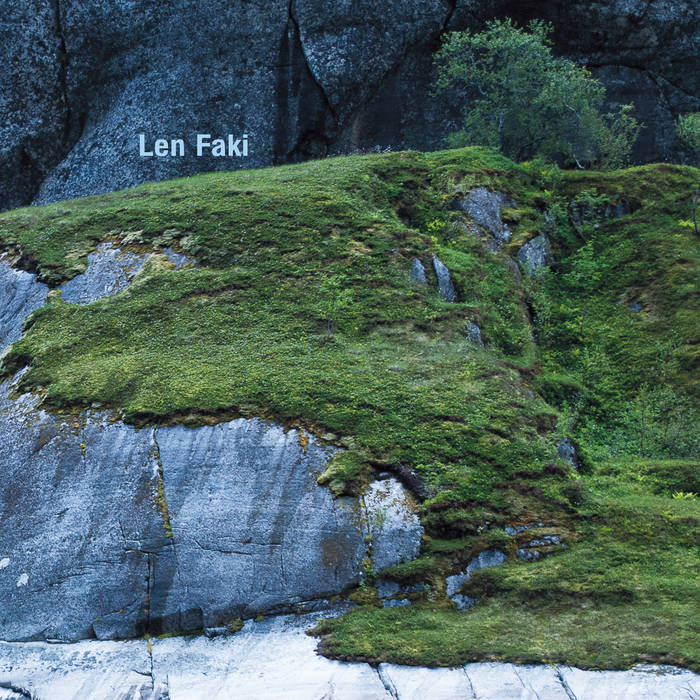 While the first part of this 2013-established series was characterised by its vocals, spheric sounds and melodies, the Berghain resident almost completely passes on these elements with Vol. 02. All three distinct, functional, composed tracks, oscillate at about 124 BPM, reflecting Faki's experienced eye for the peak time at Wriezener Bahnhof and dance floors from around the world. “These tracks are crafted from the same mould, but they differ by their character – it's a bit like a family affair, by looking into their eyes you can tell the connection,“ says Len.

“After coming home from a Sunday evening set at Berghain I felt inspired and content. This feeling and energy was still present the next day – that's how all tracks were created – in the same session with the same flow,“ he explains. “Generally speaking these tracks are slower than quite a few House or Techno tracks – but you won't realize it straight away.“ The tracks are also constructed in a similar way, yet differently: With “B-PAX” and “For Real” Faki takes his time to set the tone before adding melodic elements, bleeps or finally some hints of ambient sounds.

Precisely because of the reduction of its musical elements this release gains even more momentum: “A track like ‘Hainish Cycle’ is an example for those moments of trance, of zero gravity without a sense of time at Berghain. Which is why the rhythmic hi-hat kicks in only more than halfway through. Everything's in flux and harmony already, you almost don't need it.“ But then: some more energy for the masses inside the dark room.

written and produced by Len Faki